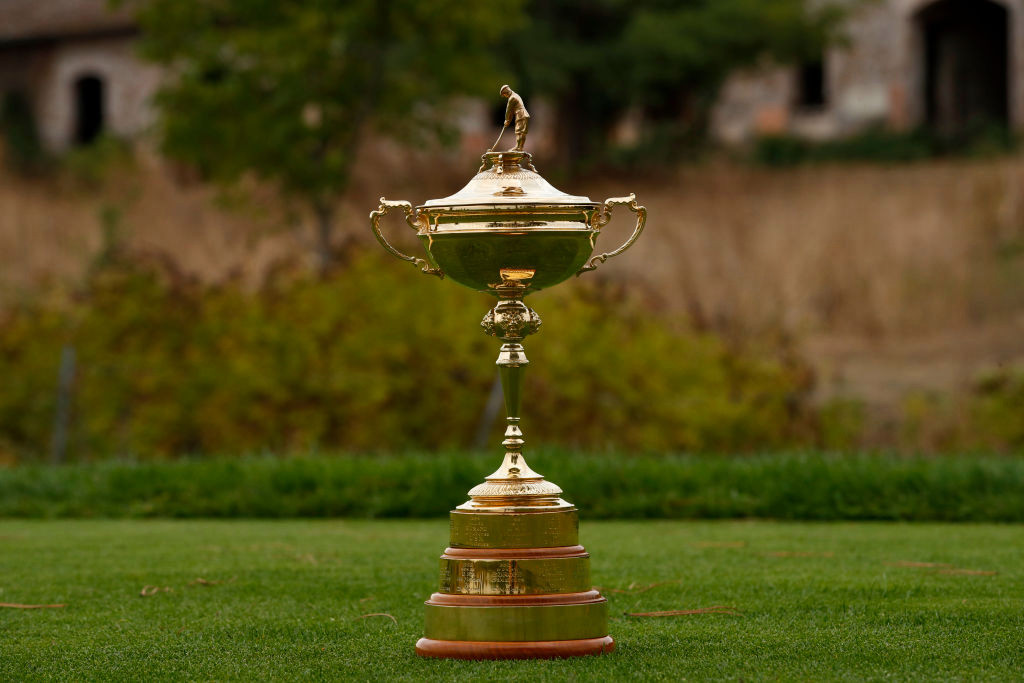 The Ryder Cup was delayed due to the Pandemic (Picture: Luke Walker via Getty)

The pandemic led to a number of sporting events being postponed, including The Ryder Cup 2020, but thankfully this year’s tournament is going ahead.

In July, golfing fans enjoyed watching the action at the 149th Open Championship, which saw Collin Morikawa win after his Open debut.

And in just weeks, The Ryder Cup is returning with the US hosting the competition.

Every two years, 24 of Europe and America’s best players go head-to-head in a match-play competition. The captains leading this year’s teams are Steve Stricker for the US and Padraig Harrington for Europe.

When does The Ryder Cup 2020 start and where is this year’s course?

This year’s course is Whistling Straits in Haven, Wisconsin, which runs along the Lake Michigan shoreline and is described as having ‘open, rugged and windswept terrain’, according to the event’s website.

The 18-hole course plays to a par 72 and stretches 7,790 yards in length. It has been five years since The Ryder Cup was last hosted in America, with Minnesota’s Hazeltine National Golf Club forming the 2016 course.

What time does play begin and how can you watch it on TV?

With the time difference taken into consideration, play will begin at 2pm UK time on Friday, September 24.

Sky Sports will be broadcasting The Ryder Cup 2020 competition. Its channels Sky Sports Main Event and Sky Sports Golf are covering the action.

Padraig Harrington will be heading up Team Europe as captain (Picture: Andrew Redington via Getty)

Coverage is set to begin from 1pm on Friday and Saturday, while Sunday’s play will be broadcasted from 5pm.

You can also listen in on the radio by tuning into talkSPORT and talkSPORT 2 over the weekend.

You can also stream The Ryder Cup via a NOW Smart Stick or the NOW app on your TV, too.

NOW TV has a sports pass with all 11 Sky Sports channels for £33.99 a month with a seven-day Boost add-on allowing you to stream the event with HD and Immersive Surround Sound. Plus, three devices can stream at the same time. Alternatively, grab a day pass for a one-off payment of £9.98.

Who is playing in the US and European teams?

While captains Padraig Harrington and Steve Stricker are heading up Team Europe and Team USA, respectively, there are 12 players confirmed for each side.