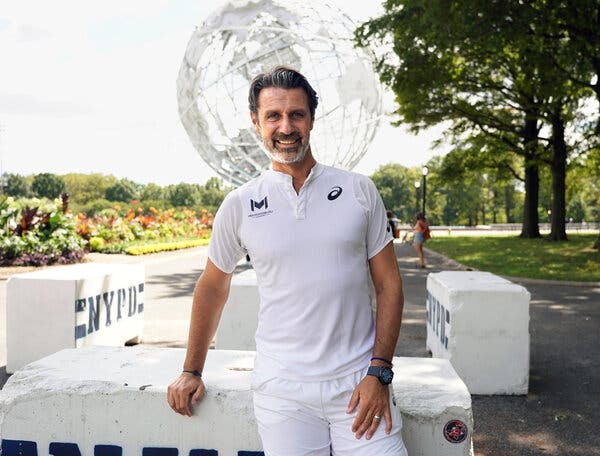 Serena Williams Is Not at the U.S. Open, but Her Coach Is Everywhere

Maybe it’s the beard, the persistent, salt-and-pepper whiskers, always trimmed to a perfect length that makes Patrick Mouratoglou initially seem more like a French existentialist philosopher rather than tennis coach.

Or maybe he is a tennis venture capitalist. Or a tennis resort executive. Or a tennis “guru,” as Stefanos Tsitsipas, the Greek star, has referred to him. Depending on the moment, Mouratoglou can be all of those things, which can make it difficult for him to also be a coach, at least in the way he thinks a professional tennis coach should coach. That may seem odd for a man best known as one, a man who wrote a book about himself called “The Coach,” but it is the way he always intended it to be.