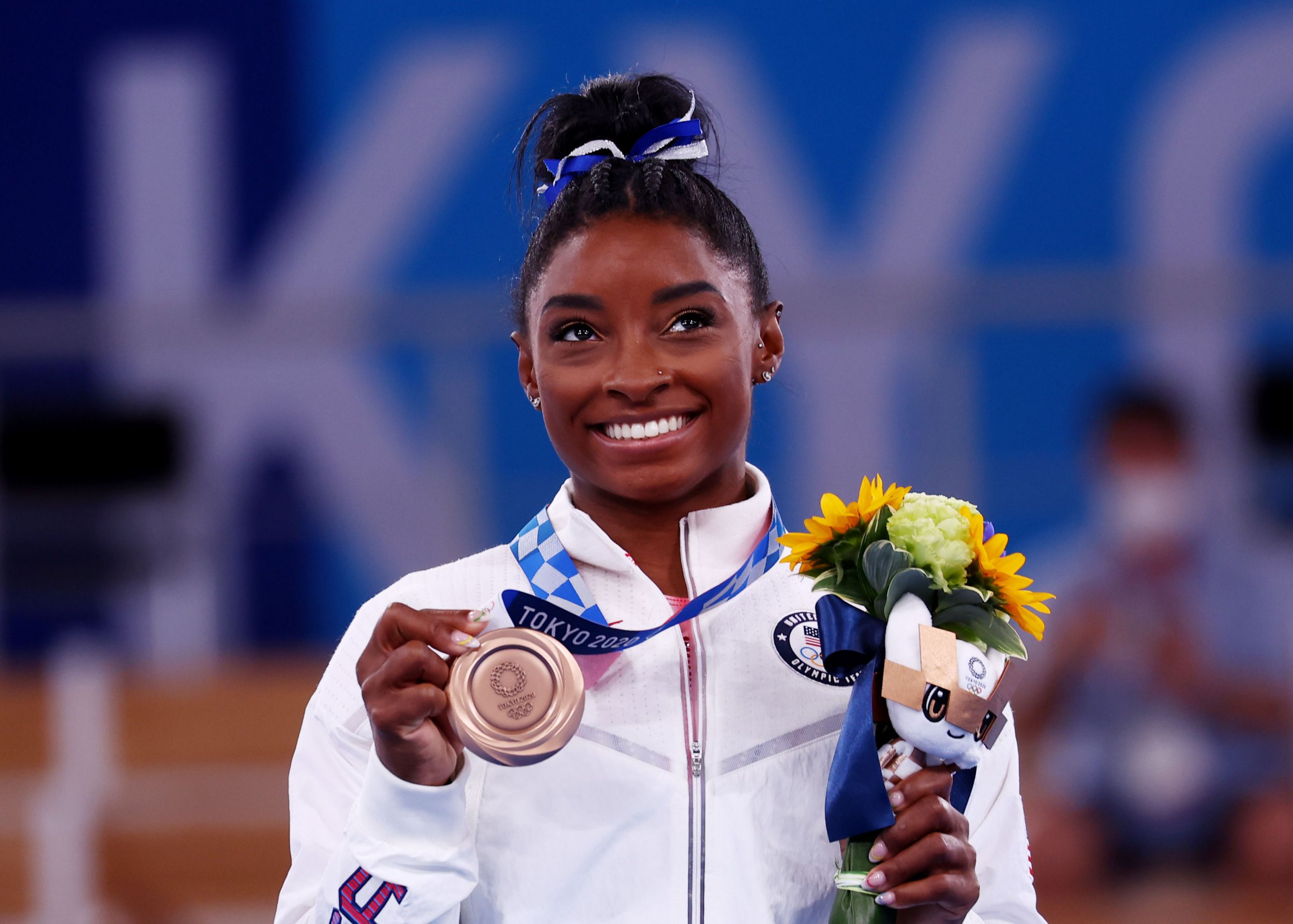 Simone Biles picked up her seventh Olympic medal with a bronze on the balance beam (Picture:: REUTERS)

Simone Biles says her balance beam bronze medal in Tokyo was a ‘little bit sweeter’ than the same medal she won at Rio 2016 after overcoming mental and physical barriers to compete in the final on Tuesday.

The American returned to action after withdrawing from the women’s team and the individual all-around, vault, bars and floor finals as she dealt with mental health struggles and the ‘twisties’ phenomenon which makes landing from twists extremely difficult.