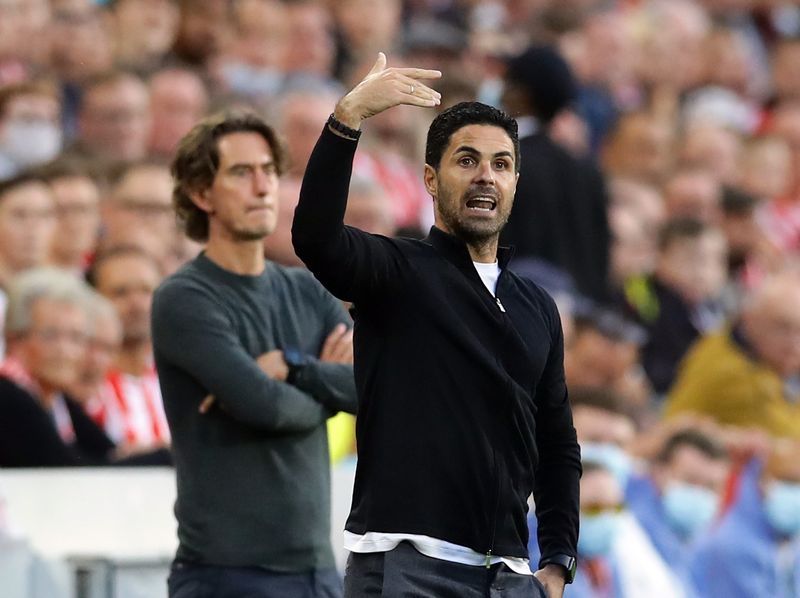 (Reuters) - Arsenal will not re-evaluate their transfer plans after Friday's Premier League season-opening defeat by Brentford, said manager Mikel Arteta, who insisted he is focussed on improving his current squad.

Arsenal lost 2-0 after Sergi Canos and Christian Norgaard scored a goal each as Brentford celebrated their return to the top-flight after a 74-year absence.