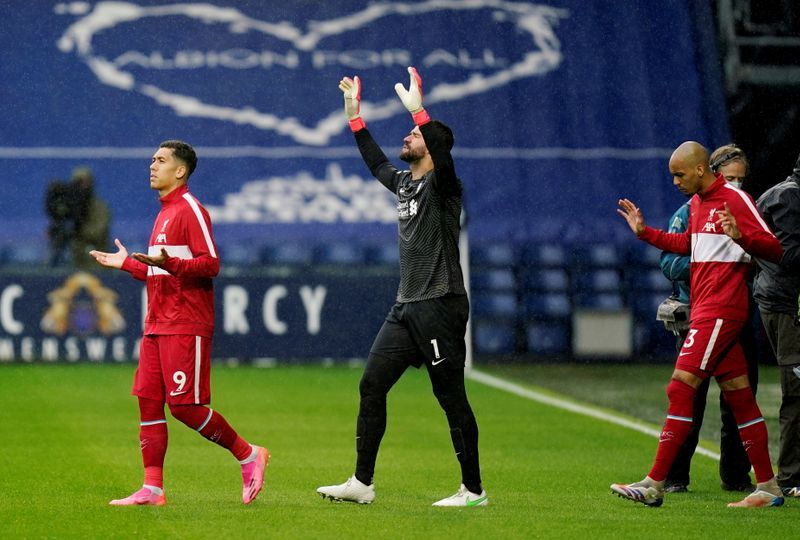 (Reuters) - Liverpool manager Juergen Klopp said he was unsure if his Brazilian players could play against Leeds United in the Premier League on Sunday after they were ruled ineligible because the Merseyside club did not release them for World Cup qualifiers.

The Brazilian Football Confederation (CBF) triggered an "automatic restriction period" of five days which stops clubs picking players who have not been released, asking FIFA to enforce their rules.