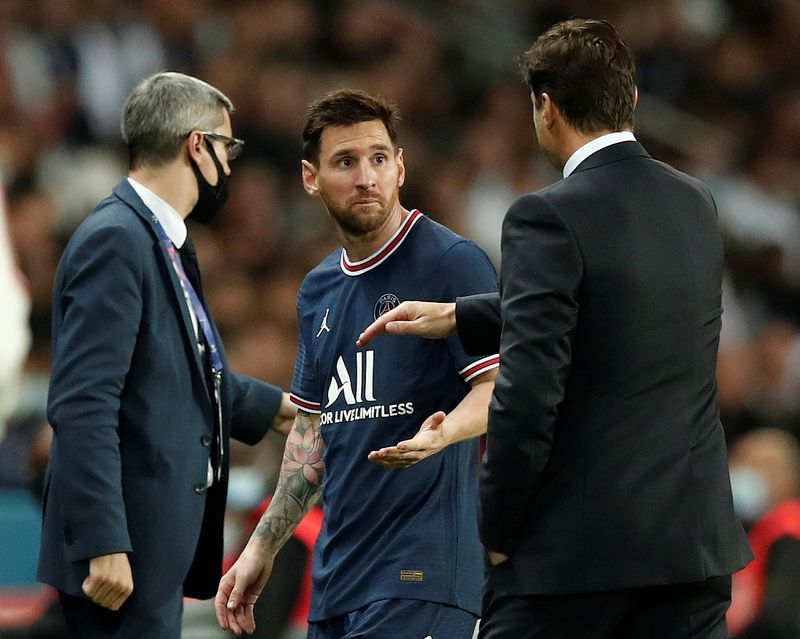 (Reuters) - Paris St Germain manager Mauricio Pochettino has defended his decision to substitute forward Lionel Messi in Sunday's 2-1 win over Olympique Lyonnais in the French Ligue 1 and said the Argentine was okay with being taken off.

Messi, making his third appearance for the side, hit the woodwork but failed to score on his Parc des Princes debut and was substituted in the 75th minute with the score at 1-1.