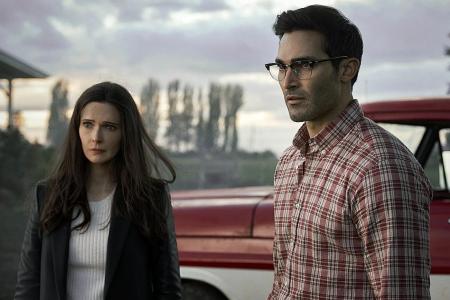 The fact that Warner Bros has found a new treatment for the last son of Krypton should be applauded.

Within the first minutes of this superhero series set in the Arrowverse franchise, the origin is deftly told and we get the big premise - Clark Kent/Superman (Tyler Hoechlin) and Lois Lane (Elizabeth Tulloch) are parents.

Their children are part of an insidious throng that has long threatened to upset peace and stability the world over - they are teenagers.

Both are oblivious to dad's side gig and the question is: Will either or both inherit his powers?

While Hoechlin is a physically unconventional and rather slight Superman - and it takes a while to get past the moulded muscle suit when he is the Big S - he does exude the right amount of nice and really sells that boy scout outlook.

And he and Tulloch do have a believable chemistry, though as a team more than a couple.