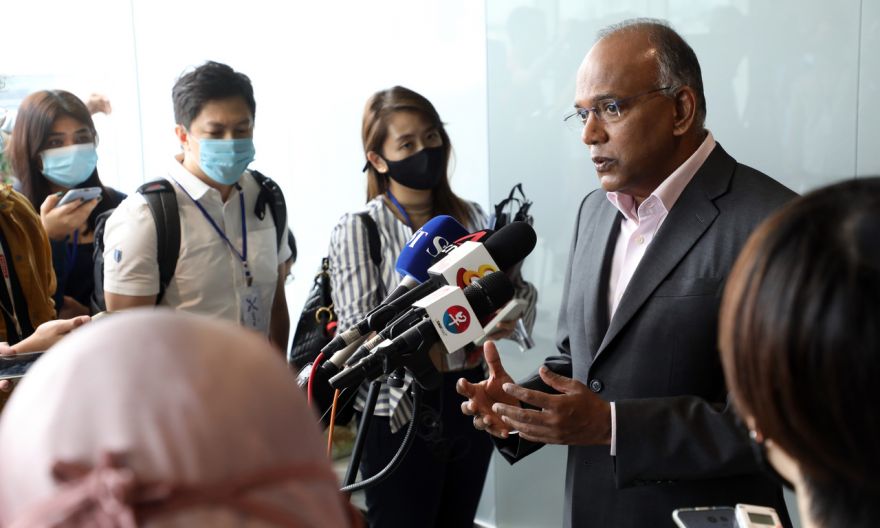 SINGAPORE - The rise of right-wing extremism creeping into Singapore is a worrying development, and is part of a larger wave sweeping across the world, said Home Affairs and Law Minister K. Shanmugam on Wednesday (Jan 27).

He was commenting on the case of a 16-year-old Singaporean student who was detained under the Internal Security Act (ISA) in December for plotting to attack Muslims at two mosques here on the second anniversary of the Christchurch attacks in New Zealand.