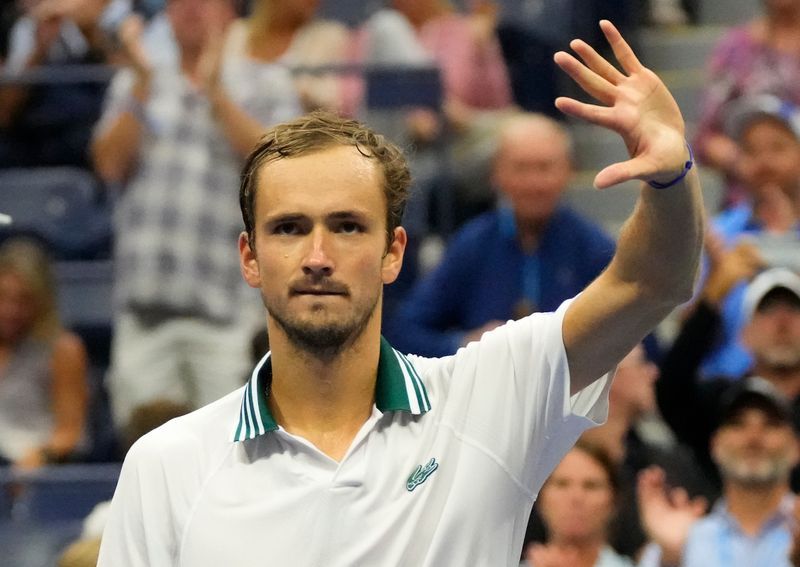 NEW YORK (Reuters) - Russian Daniil Medvedev made quick work of second-round opponent Dominik Koepfer 6-4 6-1 6-2 on Wednesday, soaking up the cheers of the U.S. Open crowd to keep his bid for a maiden Grand Slam title alive.

The world number two broke his German opponent's serve to kick off the match but Koepfer levelled with a break in the seventh game, helped by one of two Medvedev double faults in the opening set.