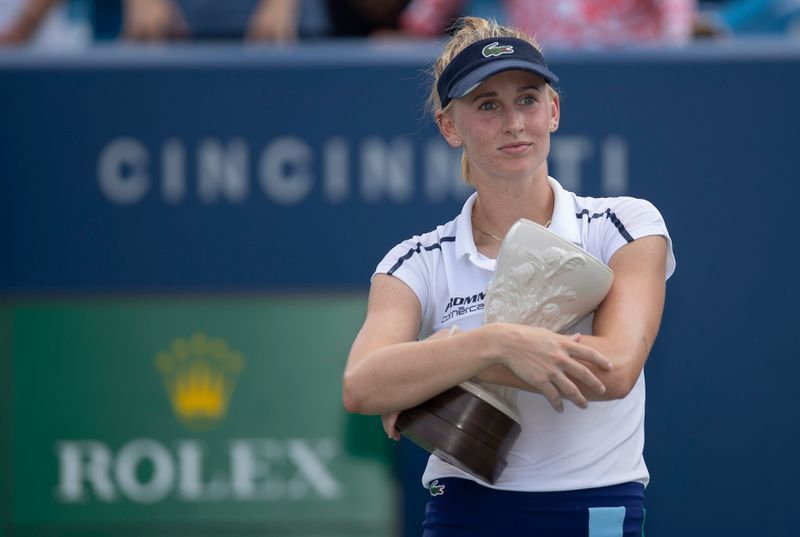 NEW YORK (Reuters) - World number one Ash Barty said she does not expect any "tricks" or "gremlins" on the U.S. Open's famed blue courts, after picking up five titles this year in a marathon, globe-trotting effort.

The 25-year-old Australian said on Friday that she did not even watch the U.S. Open in 2020, preferring instead to enjoy her time at home after skipping the major due to COVID-19 concerns during an 11-month absence from competition.