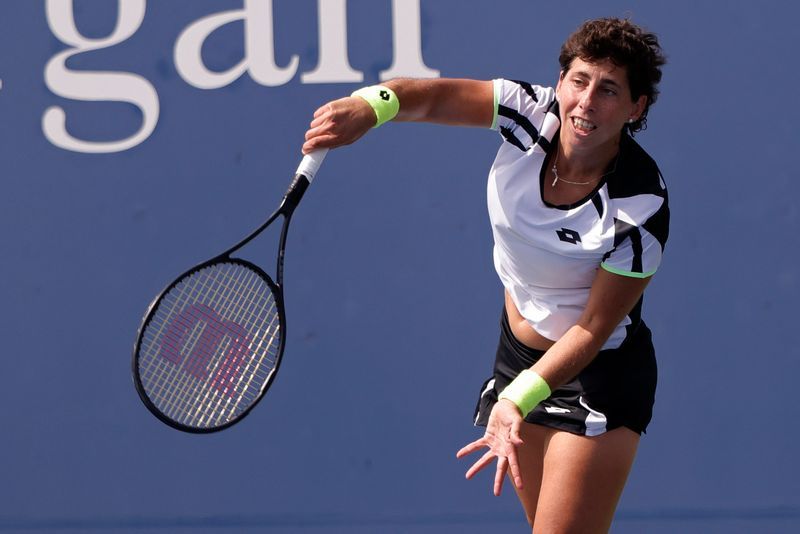 Tennis - Suarez Navarro given standing ovation as she bows out of U.S. Open

NEW YORK (Reuters) - Carla Suarez Navarro received a standing ovation at Flushing Meadows on Monday after the fan favorite brought down the curtains on her Grand Slam singles career following her first round loss at the U.S. Open.

The 32-year-old Spaniard announced in September 2020 that she was being treated for early stage Hodgkin lymphoma and underwent several months of grueling chemotherapy and radiotherapy before returning at the French Open in June.