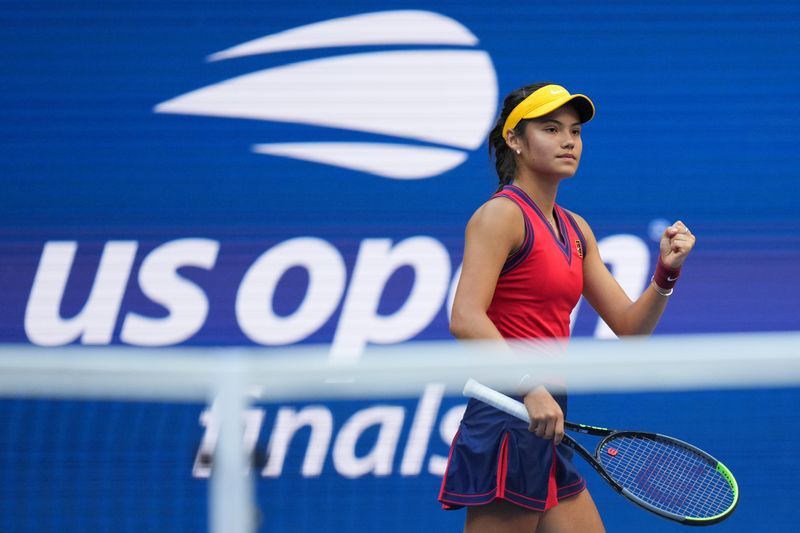 LONDON (Reuters) - British teenager Emma Raducanu's staggering U.S. Open final victory had a nation glued to their screens on Saturday night with Channel 4 saying the audience for their broadcast peaked at 9.2 million viewers.

Such was the hype around Raducanu's fairytale run to the final in New York against Canadian teenager Leylah Fernandez that Channel 4 did a last-minute deal to share UK rights holder Amazon Prime's feed of the match and make it free to air.