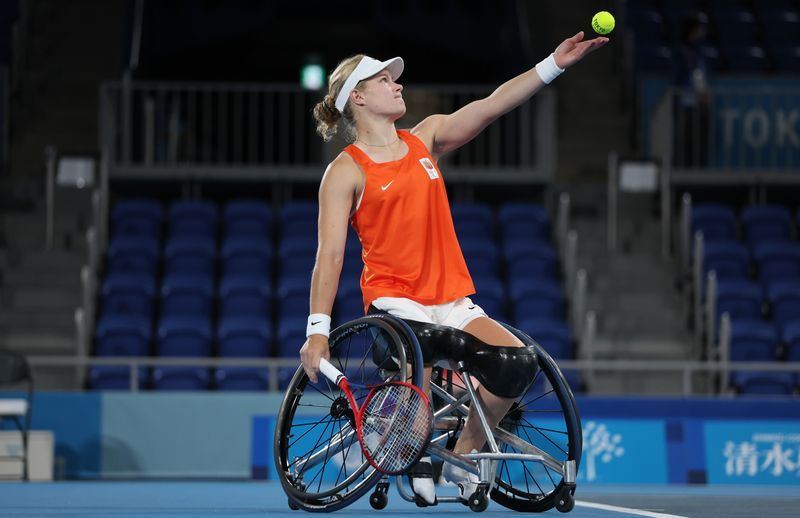 NEW YORK (Reuters) -Diede de Groot became the first player to complete the golden slam in wheelchair tennis after winning all four majors and the Paralympic gold medal, completing the feat by winning the U.S. Open final on Sunday.

The Dutch top seed beat Japan's second seed Yui Kamiji 6-3 6-2 in the women's match at the Louis Armstrong Stadium in what was a repeat of the gold medal match at the Tokyo Paralympic Games earlier this month.