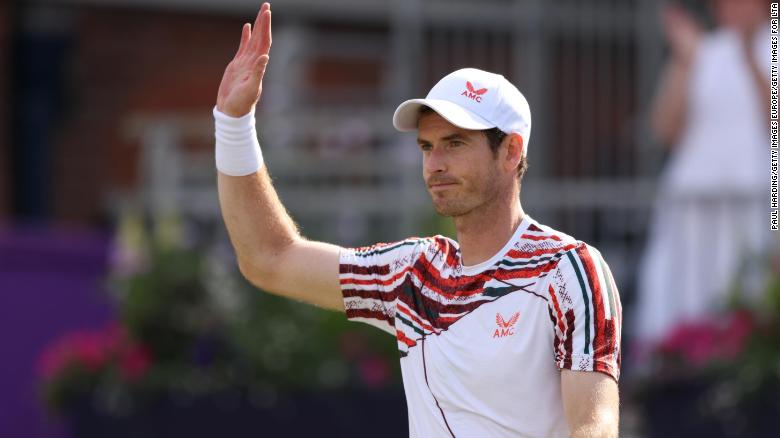 The 34-year-old said he was happy he had got the vaccine but is aware not everyone on the tennis tour is as keen.

"Ultimately I guess the reason why all of us are getting vaccinated is to look out for the wider public," he told reporters on Saturday, ahead of the start of the US Open.

"We have a responsibility as players that are traveling across the world to look out for everyone else as well.

"I'm happy that I'm vaccinated. I'm hoping that more players choose to have it in the coming months."

Organizers of next week's US Open have said fans aged 12 and above must show proof of vaccination to enter the final grand slam of the year.

However, although encouraged by the sports' governing bodies, vaccines are currently not mandatory for players.

The tour has been heavily affected by the pandemic over the last year with tournaments only possible due to strict Covid-19 protocols.

Murray says he's enjoying a "fairly normal" life ahead of the US Open but says those unvaccinated athletes may be struggling with certain restrictions that still apply to them.

World no.1 Novak Djokovic recently said he hoped vaccines would not become compulsory for tennis players on tour and said he would not reveal whether he gets one in the future.

Meanwhile, emerging star Stefanos Tsitsipas, who plays Murray in the first round of the US Open, said he would only get the vaccine if it became mandatory.

The 23-year-old from Greece told reporters last week that he was worried about the potential side-effects on the vaccine but was subsequently criticized by the Greek governmentwho pushed back on his comments.

"He does not have the knowledge and studies to assess the need for vaccinations," government spokesman Giannis Oikonomou was quoted as saying in Greek press reports.