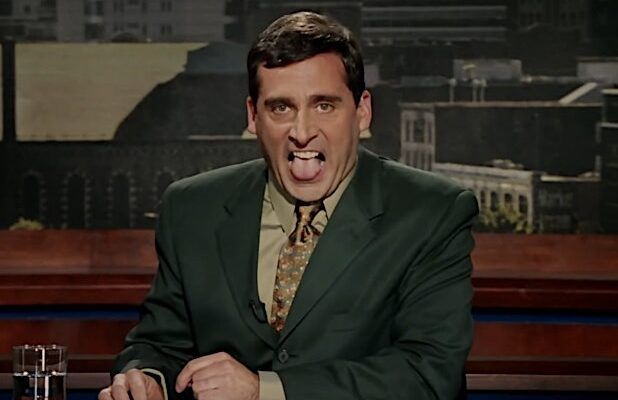 Want to buy a property? Free shuttle car, no agent fee!
Do you have vision problems? Let SLM help you!

Steve Carell’s career-making turn as the Jim Carrey-cursed news anchor Evan Baxter in “Bruce Almighty” made him the hottest property in town. And “hot” is what his performance was — literally — because his head was set on fire to kick up the action in that showstopping scene.

“That was basically the first time I was ever in a movie,” Carell said on “The Graham Norton Show” of his short but memorable role in “Bruce Almighty.” “The part they cut out is when Jim Carrey makes my nose start to bleed profusely, which they thought [was] too mean of him to do as a character… and then my head burst into flames.”

In the film, Carrey plays Bruce Nolan, a TV field reporter with ambitions of becoming a news anchor. After God bestows him divine powers, Bruce manipulates poor Evan during a live broadcast, making him act like a total idiot in the process. Let’s just say that the scene was supposed to end with Evan showing that he was a real hothead.

“They had, like, a gas line… it wasn’t even a special effect, like a digital effect… it was a real live practical effect,” Carell explained, saying that they ran a gas line down his back and put a coil on top of his head. “They actually…put gel on my head so it wouldn’t burn.”

And then they ignited it and it became a huge 4-foot flame shooting out from all sides.

“That was the most terrifying thing ever because you could hear them venting the gas line before it happened,” he recalled. “I could see the crew in front of me, they all lit up because the flame was so bright. Terrifying.”

But Carell took it all in stride, knowing that the film could be his big break.

Watch him describe the edited out action in the clip above.