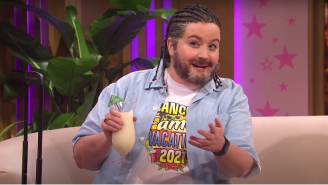 Ted Cruz’s Mexican escape from Texas amid a climate disaster was certainly a surreal moment as it happened, but one that would inevitably be covered by Saturday Night Live. And sure enough, the episode led Saturday’s show in a sketch where he finally apologized to Britney Spears for what he’s done.

The sketch managed to fit in four stories currently in the media: Spears’ conservatorship and potentially coded messages she’s sending fans through social media amid the Framing Britney Spears documentary, Andrew Cuomo’s nursing home death coverup during the COVID-19 pandemic and, of course, Cruz fleeing Texas for Cancun and getting caught. Oh, and Gina Carano’s non-apology and cries of cancel culture in the wake of her firing on The Mandalorian.