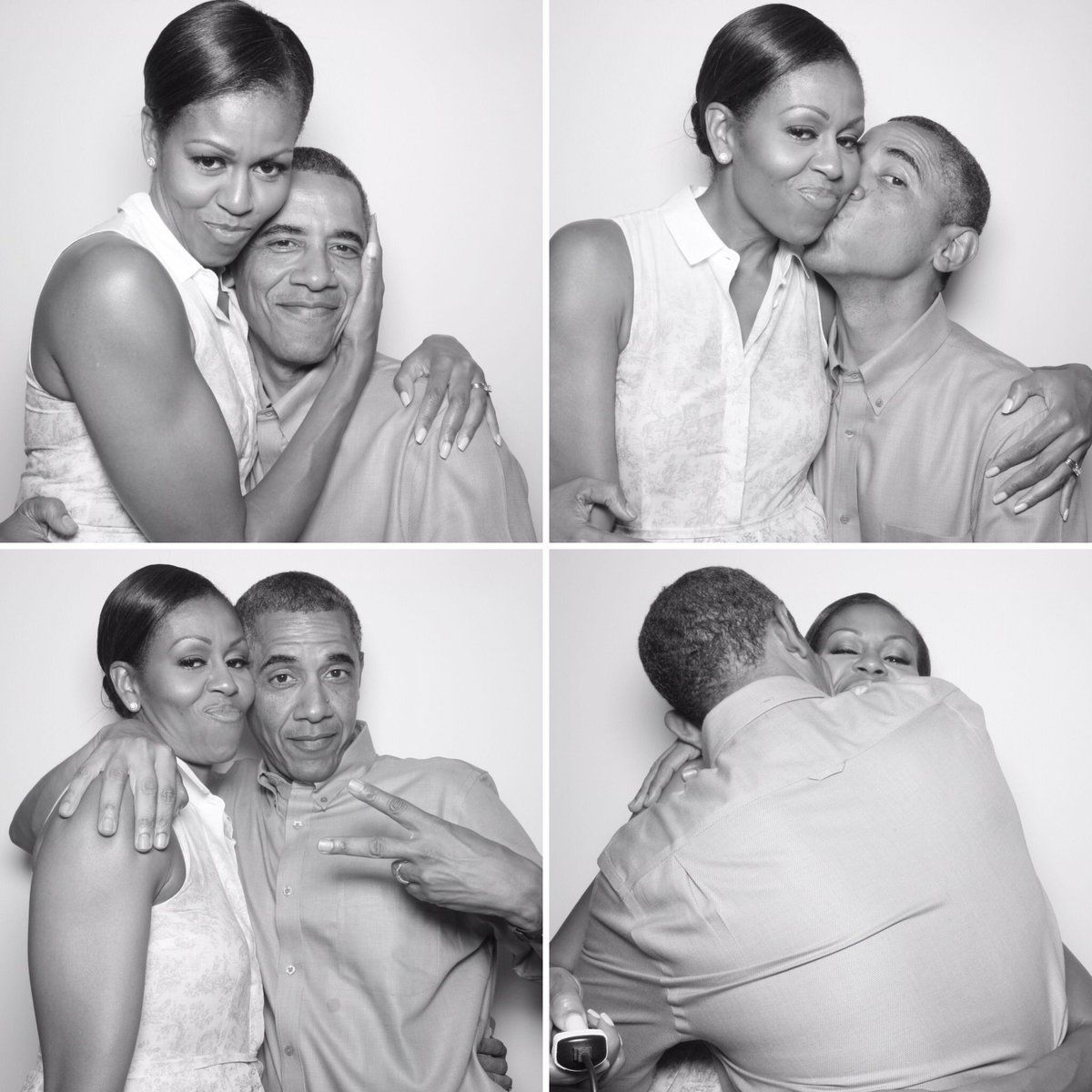 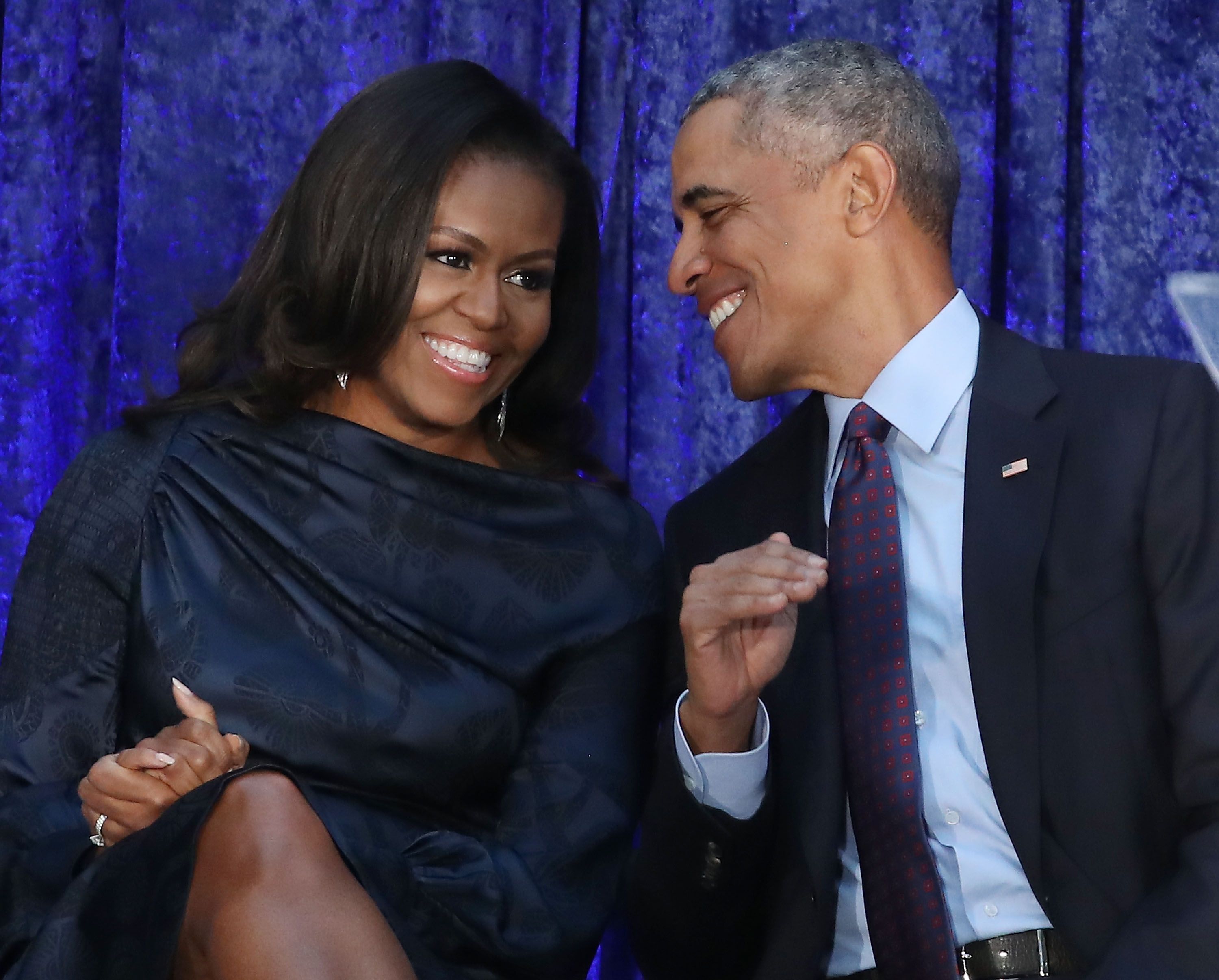 Former President Barack Obama posted a series of black and white photo booth images with a sweet message for his wife, Michelle Obama, on her 56th birthday today.

“In every scene, you are my star, @MichelleObama,” Obama captioned the post.

“In every scene, you are my star, @MichelleObama,” wrote Obama. “Happy birthday, baby!”

The accompanying photos showcased the couple embracing each other in four separate images—one with Michelle holding Barack close, another with Barack kissing Michelle’s cheek, and another with the former president cheekily throwing up a peace sign.

Michelle looks absolutely stunning with her hair slicked back into a parted low bun, a crisp, sleeveless button down blouse, and chic stud earrings while Barack dons a sleek, button-up shirt. In the last of the four photos, Barack is pictured giving Michelle the ultimate hug with Michelle adorably smiling behind him. The photos are a refreshingly normal peek into the couple’s lives as everyday citizens post-presidency.

Interest in the Obamas hasn’t decreased since they left office in 2017. Michelle Obama’s memoir Becoming, published in late 2018, went on to become the top-selling bookin the United States that year. The former first lady is also set to launch a new web series on via Instagram’s IGTV focused on “empowering and inspiring” new college students.

pro Muslim lol go back India lah.. join your hindu taliban bro... Obama killed more muslims than any other US Presidents... here in SG we dont condone or play racist or religious tanturms like yours... same with Malaysia... so behave

One of the worst US presidents to ever take office. Pro Muslim and bias against Jews.. allowed the murder of his own ambassador in Benghazi... not someone to look up to...