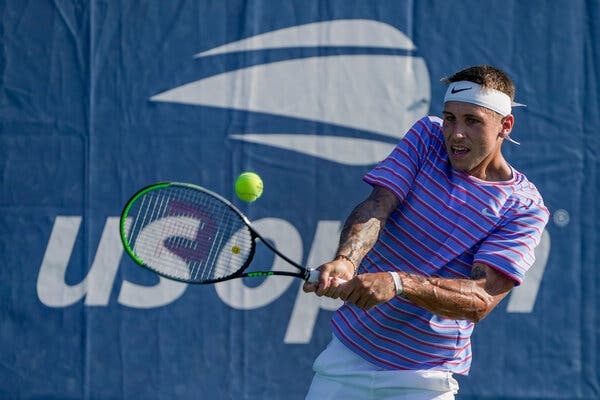 Alex Molcan had usually played Andrey Rublev evenly when they competed in junior tournaments for players age 14 and under. Sometimes Rublev won, sometimes it was Molcan.

But as they got older, their paths began to diverge.

Rublev, now ranked No. 7 in men’s singles, began making big strides, winning tournaments and reaching the quarterfinals of the U.S. Open in 2017 at just age 19.

Molcan, meanwhile, was stagnating back in Bratislava, Slovakia, where he lived at the time. Molcan began to ask himself why.

“How is it possible that he’s there and I’m here?” Molcan said in an interview on Wednesday. “And then I realized that I screwed up.”

That realization several years ago may have saved Molcan’s tennis career, and although it took several years to make up for it, he is now moving in the right direction again. He started the year ranked No. 313 but is now at 138th and headed higher after he won three tough matches to qualify for the U.S. Open, and then pulled off a pair of upsets to advance to the third round in the main draw.

Playing in the main draw of a Grand Slam event for the first time at age 23, the left-handed Molcan will play No. 11 Diego Schwartzman of Argentina on Friday in a matchup that seemed unlikely when the draw was released.