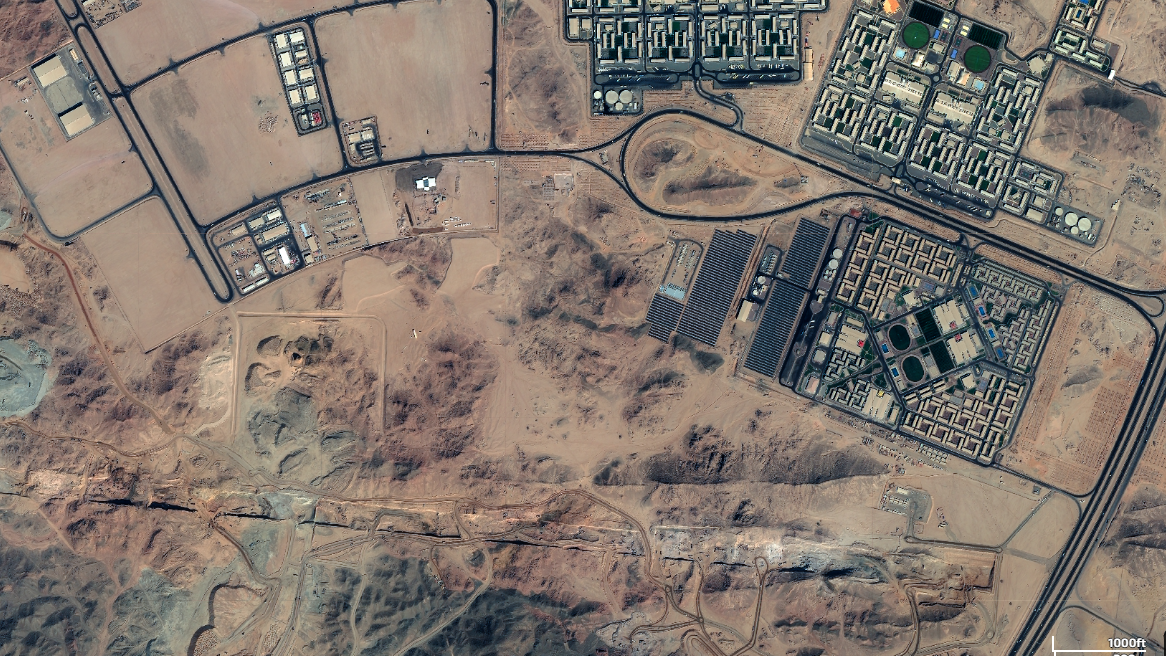 In early 2021, Crown Prince Mohammed bin Salman of Saudi Arabia announced The Line: a “civilizational revolution” that would house up to 9 million people in a zero-carbon megacity, 170 kilometers long and half a kilometer high but just 200 meters wide. Within its mirrored, car-free walls, residents would be whisked around in underground trains and electric air taxis.

Satellite images of the $500 billion project obtained exclusively by MIT Technology Review show that the Line’s vast linear building site is already taking shape, running as straight as an arrow across the deserts and through the mountains of northern Saudi Arabia. The site, tens of meters deep in places, is teeming with many hundreds of construction vehicles and likely thousands of workers, themselves housed in sprawling bases nearby.