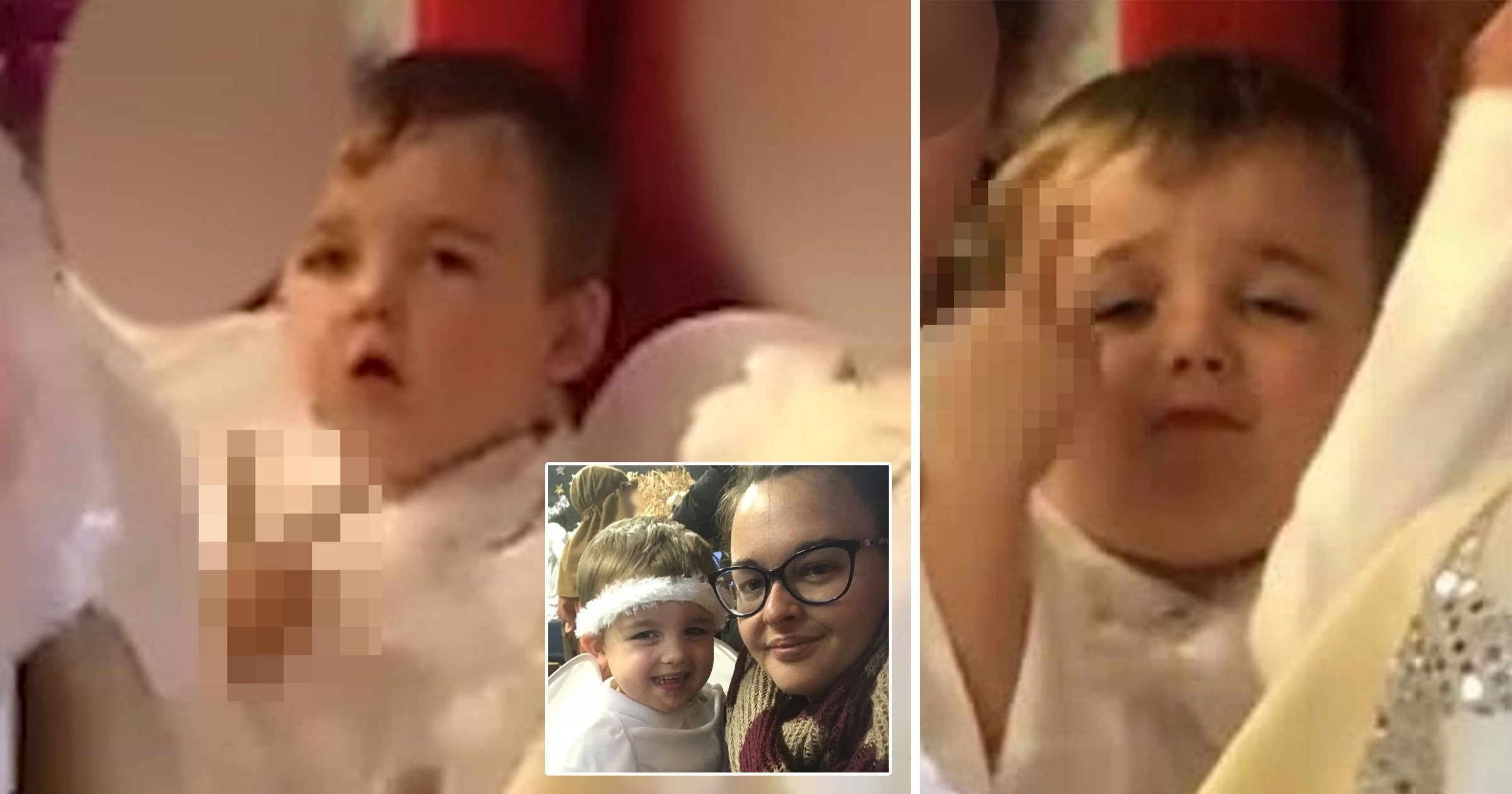 A cheeky little boy left his mum mortified after flipping the bird while on stage, playing an angel in a nativity play.