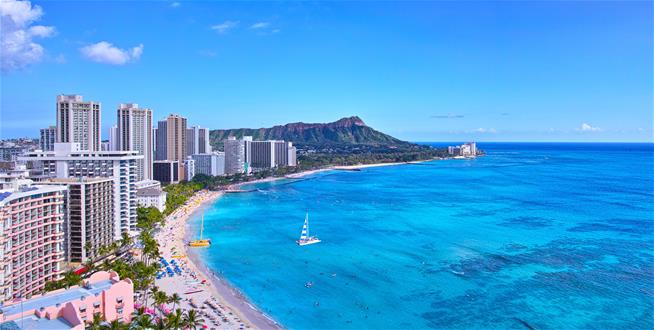 (Newser) – As the Daily Beast puts it, "Hawaii is not messing around" when it comes to tourists in the age of COVID-19. A 23-year-old New York City man found that out the hard way after he flouted the state's 14-day lockdown requirement for anyone coming in from outside of the islands, or even from a different Hawaiian island. The Honolulu Star-Advertiser reports that Tarique Peters of the Bronx was arrested Friday in Oahu for violating quarantine, as well as for lying to authorities. Per a government release, Peters arrived on the island on Monday and is accused of leaving his hotel room right away, allegedly using public transit to get around. How he got busted: Locals spotted his social media selfies showing him lying on the beach getting some sun, surfing, and seeing the sights.