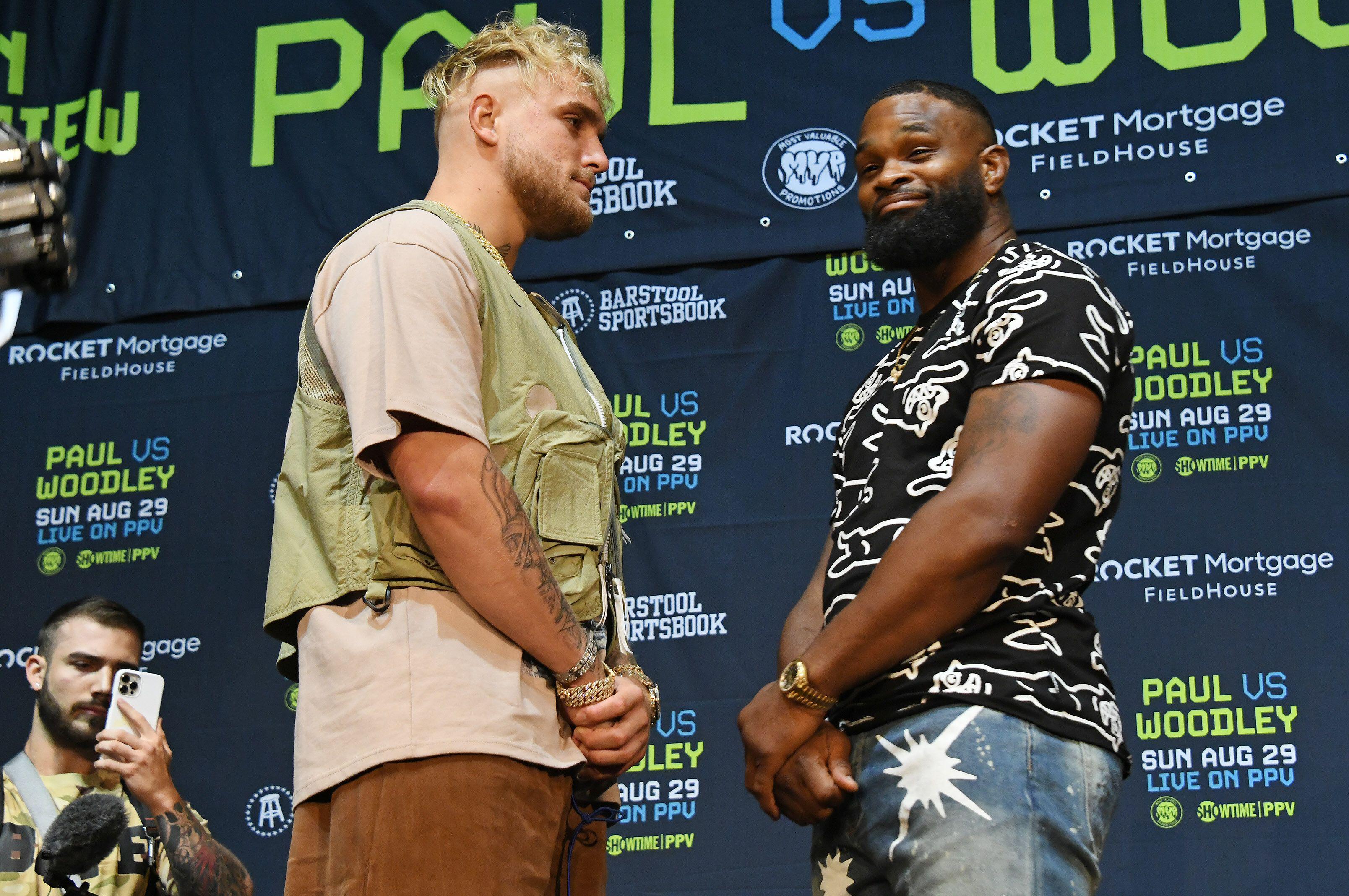 Tyron Woodley Shows Off How His 'I Love Jake Paul' Tattoo

Tyron Woodley has shown off the 'I love Jack Paul' tattoo he got after losing his fight to the YouTuber.

The former UFC star and Paul made a deal that whoever lost the fight, which took place last month, would get the victor's name tattooed on them.

As you probably know, Paul won by spit decision, meaning that Woodley had to get inked but he held out from getting the tattoo until Paul agreed to a second fight.