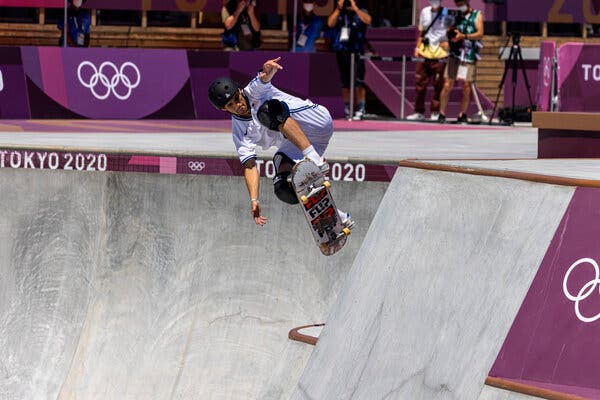 U.S. Pushed for Olympic Skateboarding, but Came Up Short on Medals

TOKYO — Showing off a new wave of aerial acrobatics and risky board-flipping tricks, an international field of skateboarders outshined the Americans in the sport’s final Olympic event, continuing the two-week demonstration of the skateboarding’s worldwide reach.

The United States struggled to find the medal stand in a sport that it invented and pushed into the Olympics. Americans skated away with just two of the 12 medals awarded at the Tokyo Games.