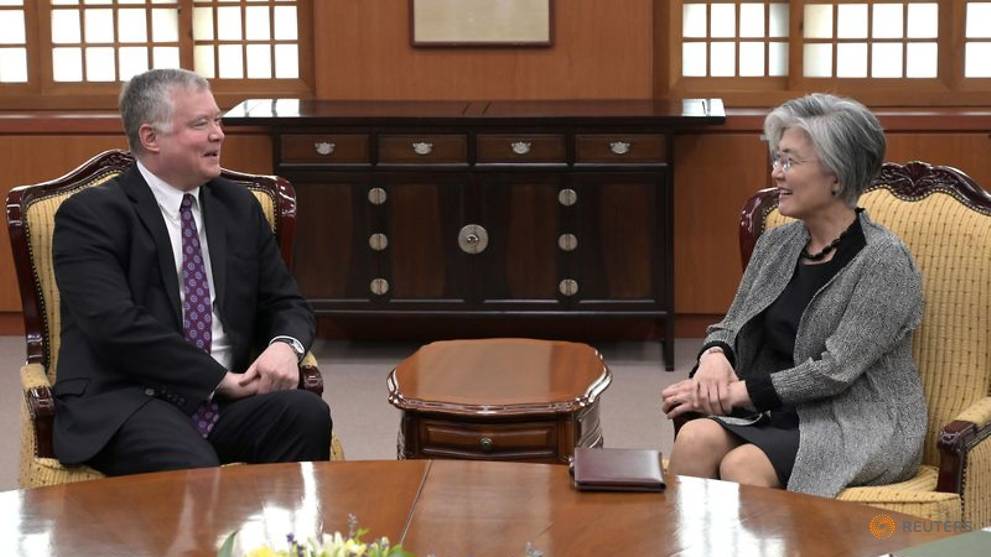 SEOUL: The U.S. point man for North Korea will meet with South Korean officials in Seoul on Wednesday (Jul 8) for wide-ranging talks, overshadowed by Pyongyang's insistence that it has no intention of returning to denuclearisation negotiations any time soon.

Stephen Biegun, who led working-level negotiations with the North Koreans and now has broader responsibility as U.S. Deputy Secretary of State, arrived late on Tuesday.

Talks will likely cover a range of issues, including coronavirus responses and ongoing negotiations over military cost-sharing, but North Korea is expected to dominate the agenda, Seoul officials said.