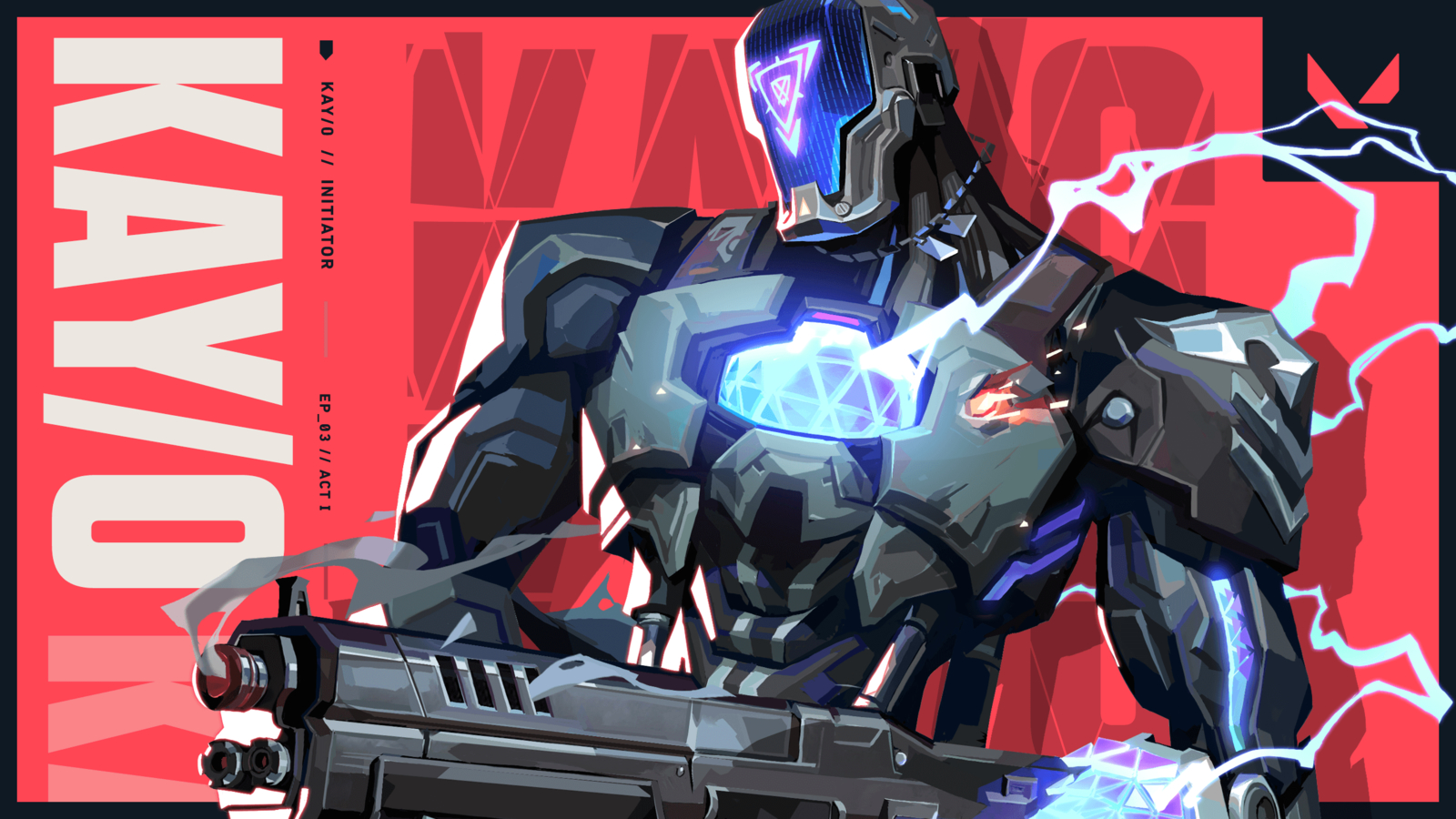 Riot Games has finally unveiled VALORANT's newest agent, a war machine called KAY/O that has the unique ability to block enemy agents from using their own abilities.

As the 17th agent to join VALORANT's ever-expanding roster of agents, KAY/O will be making his way to the battlefield with Episode 3 Act 1 on Tuesday next week (22 June).

KAY/O is the fourth agent in the Initiator class, joining Sova, Breach, and Skye. His unique ability to disrupt enemy agents from using their abilities means he is excellent at leading the charge into both plant sites and enemy lines to overwhelm a weakened opposition.

KAY/O's most potent abilities are called ZERO/POINT and NULL/CMD, as they both apply a new effect called 'suppressed' on enemies which prevents them from using their abilities.

ZERO/POINT allows KAY/O to throw a suppression blade at a target area, preventing any enemies caught in its area-of-effect from using their abilities. Meanwhile, NULL/CMD releases large energy pulses from KAY/O that suppresses any enemies it hits. NULL/CMD also gives KAY/O Combat Stim upon use and he can be revived by a teammate should he die while it is active.

While KAY/O's two other abilities, FLASH/DRIVE and FRAG/MENT, don't suppress enemies, they are still effective at both disrupting and clearing out enemy lines.