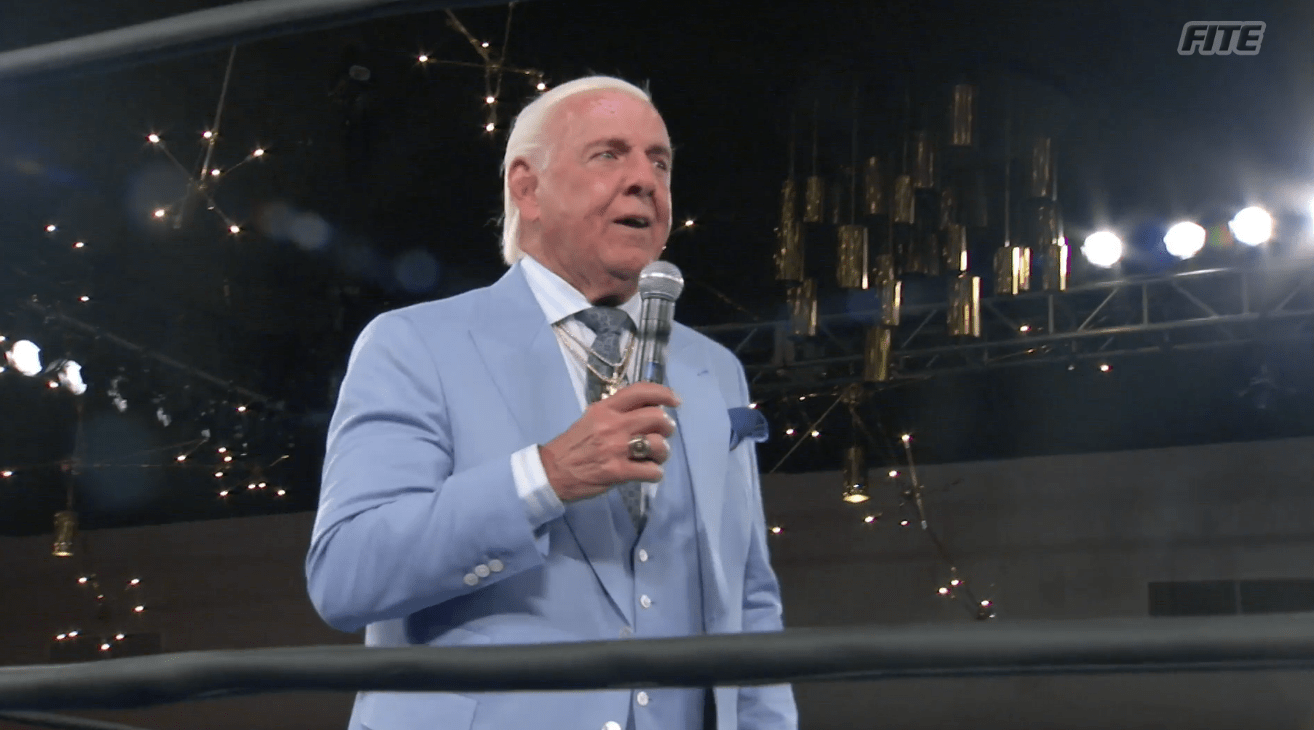 The Nature Boy had a lot to say (Picture: NWA/Fite TV)

Ric Flair delivered an emotional speech at NWA 73 as he made his long-awaited return to the National Wrestling Alliance.

The Nature Boy, who made his legacy in the iconic promotion, was back for the first time in decades as he took part in the company’s 73rd anniversary celebrations on Sunday night at The Chase in St. Louis.