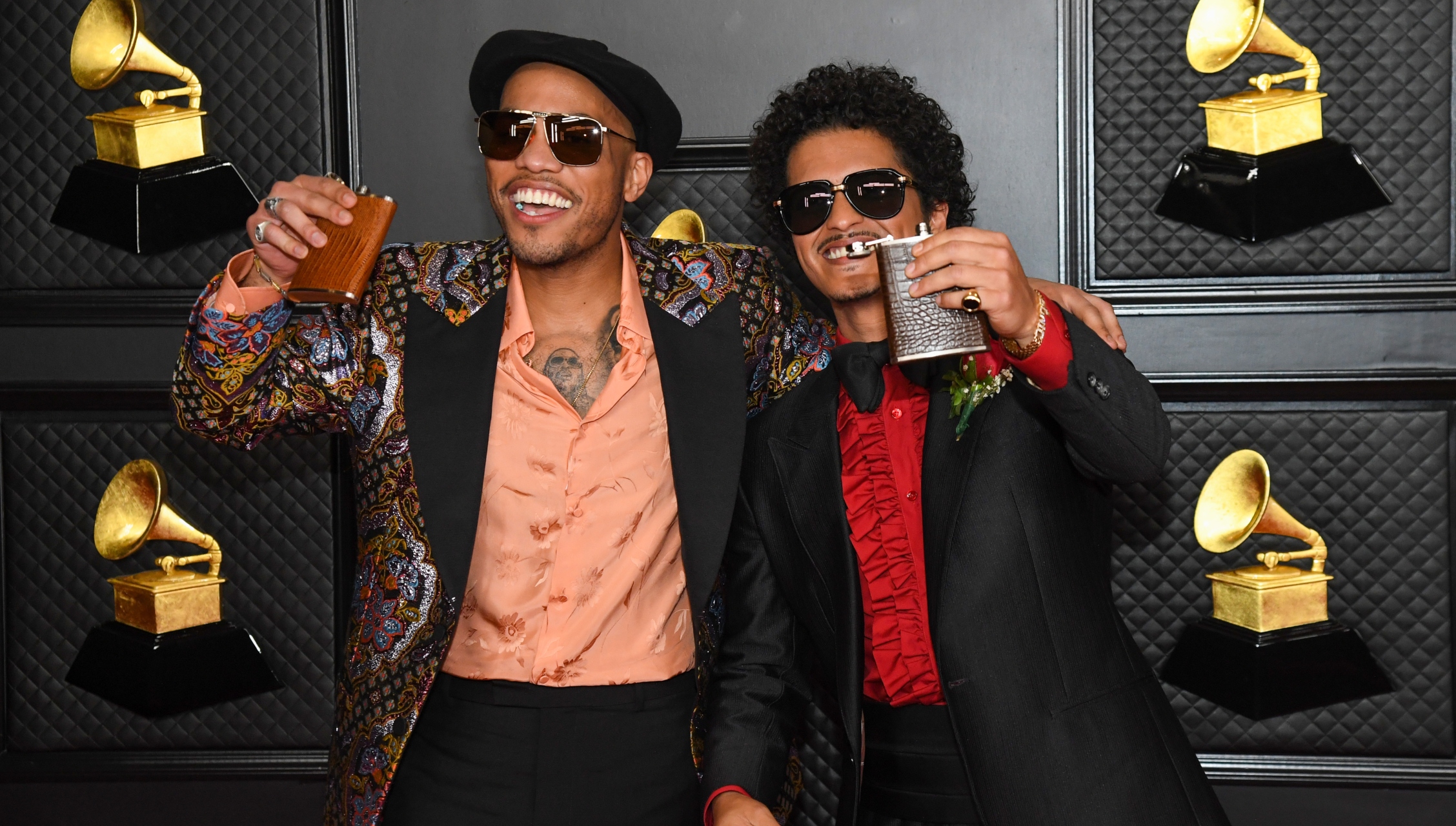 As confirmed just days ago, Bruno Mars and Anderson .Paak did indeed bring their Silk Sonic collaborative energies to the 2021 Grammys stage for a debut performance of their new single “Leave the Door Open.”

News of the performance was preceded by a playful back-and-forth on Twitter between the artists and the Recording Academy, the latter of whom at one point joked that they had been trying to call the two “all week” and feared they had changed their respective numbers. At any rate, the public request and subsequent invitation resulted in Silk Sonic’s television debut on Sunday night.