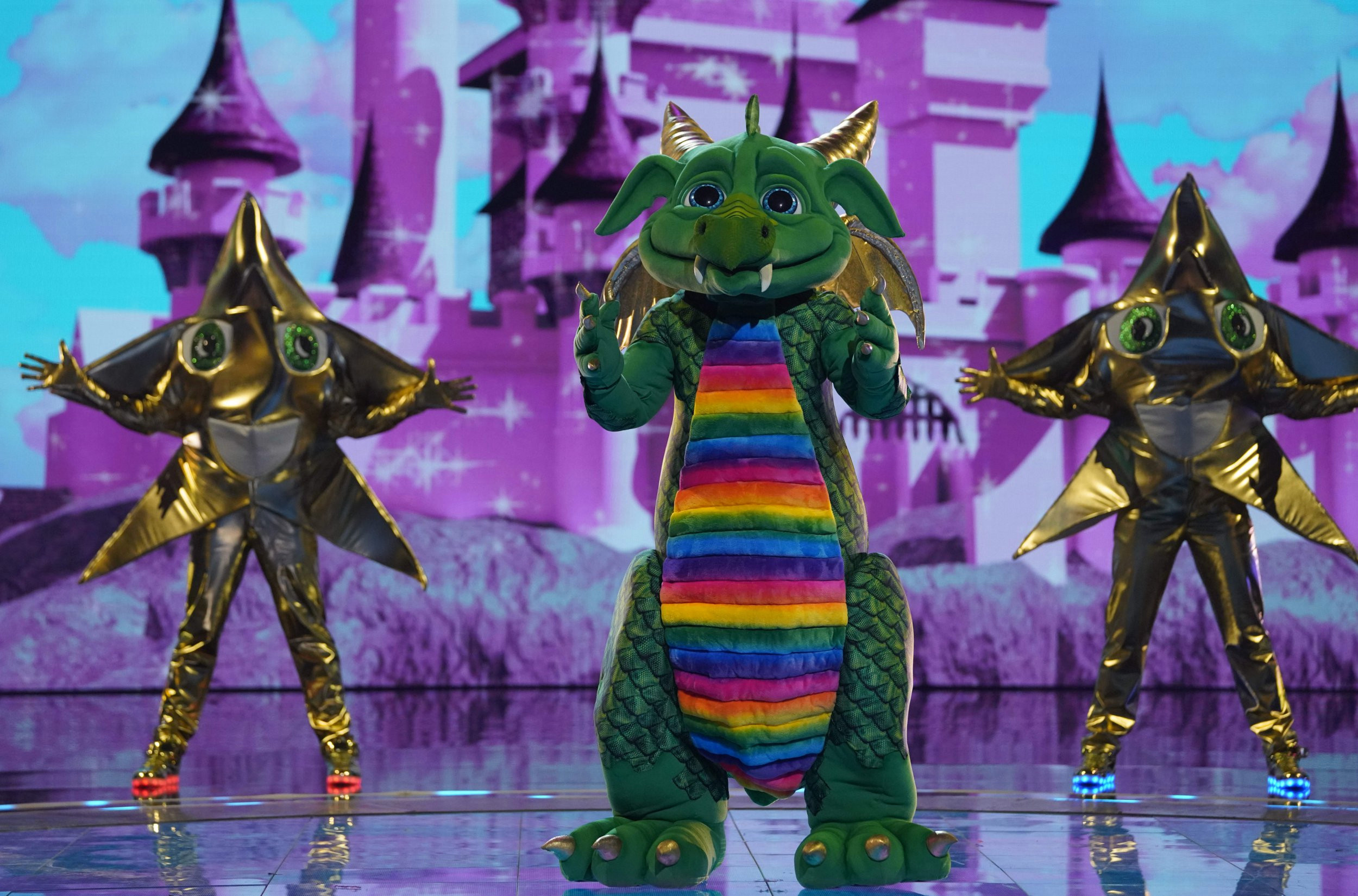 The Dragon was revealed to be Sue Perkins (Picture: ITV)

The Dragon has become the eight contestant to be voted off from The Masked Singer UK, as well as being this week’s first star to be unmasked.

The panel and viewers were left stunned as Dragon removed their mask and was revealed to be Sue Perkins.