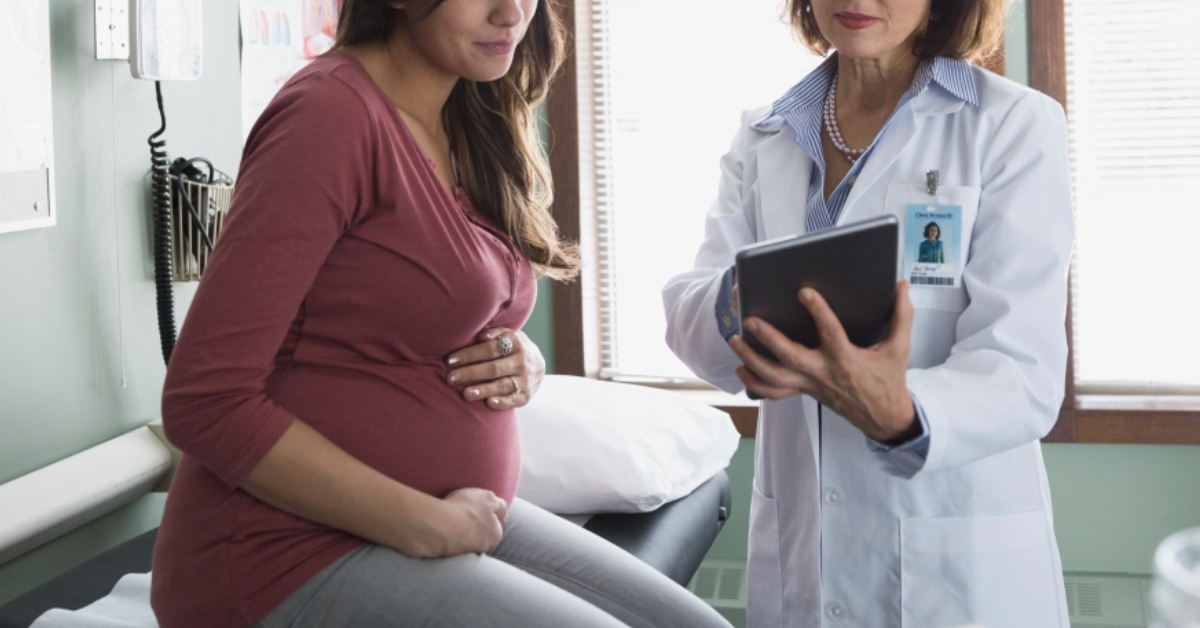 Truthfulness is a vitally important part of any healthy relationship—most people know this. A relationship built on lies will crumble as soon as the truth comes to light.

However one Reddit user forgot this important fact, however. User wifeindilemma87 asked Reddit users for their opinion of her situation on the Am I The A**hole (AITA) subReddit.

“WIBTA [Would I Be The A**hole] if lie to my husband about having a miscarriage when in reality I’ll be getting an abortion?“

Users overwhelmingly decided she would be the one in the wrong if she went through with her plan.

She began her post with a basic description of the situation, and some important background context, as is normal for this particular subReddit.

“I 32(F) and my husband 41(M) have been together for 12 years and married for 11. 6 months into our marriage, we had our lovely daughter Belle, who passed away when she was 2 years old.”

“After my daughter’s passing my husband had an affair with his close friend which resulted in a baby girl Zoe. Now Zoe’s mother was a troubled woman who suffered from post partum depression, which ultimately took her life.”

“My husband was regretful of his actions and worked hard to prove that he was willing to be loyal from that day that on. I decided to forgive him and accept the baby as my own.”

It would seem accepting Zoe as her own wasn’t quite something she achieved.

“Zoe is now 6 years old and is a bright young girl. I love her but one thing which has been bothering me a lot is that Zoe looks a lot like her mother. Somehow when I look at her face for too long, I get triggered.”

Her husband’s affair had an understandable impact on her trust of him, but it seemed as though their relationship was improving over time.

“After the cheating, I’ve struggled with being intimate with my husband. Things improved in the last 3 years, and my husband had recently expressed his desire of having another child.”

Things were not as great as they may have seemed, though, and secrets were being kept by both parties.

“He has been really desperate for a baby. Now all this time, I’ve taken pills in secret, however, I ended up conceiving 2 months ago on a family trip.”

“I forgot to take pills one morning, and ended up pregnant.”

Unlike wifeindilemma87, her husband was ecstatic to learn she was pregnant.

“My husband is beyond excited. He cried happy tears when I told him about the pregnancy.”

Their daughter, and the rest of their family, were excited as well.

“Zoe has been going all around telling her friends that she was going to become a big sister. My inlaws feel that this baby will finally heal our wounds.”

“My husband talks to my belly all the time. He is being incredibly affectionate and loving. He gets emotional wherever he talks about the baby.”

wifeindilemma87 is definitely not as excited about the pregnancy, however.

“Now the biggest problem is that I don’t feel connected to this baby at all.”

All is not quite as it might seem at first glance though.

She has recently reconnected with an ex.

“Recently, an ex came into my life after 10 years. We have reconnected and our friendship is going strong.”

“We often talk about our lives. He recently got cheated on and left, so we’ve talked to each other about our experiences.”

Her story gets even more complicated from there.

This is starting to read a bit like a bad romance novel.

“Things took a drastic turn for me last week when I saw a dream. In the dream, I had just given birth to my baby and my husband was there holding our baby in his arms.”

“When I looked up to see my husband’s face, I saw my ex. My actual husband wasn’t there in the dream and neither was Zoe.”

Apparently this dream was an awakening of sorts.

“Ever since I saw the dream, I’ve come to the realization that I no longer see a future with my husband. I do want a family of my own someday, but I don’t want a baby WITH HIM.”

Now we come to the crux of the matter.

Is it OK to lie to her husband if she decides to abort the pregnancy.

“I’ve been thinking of getting an abortion but can’t tell my husband because it will destroy him. I really want to leave this marriage and start over.”

This possibility of a relationship with her ex seems like it might be the impetus behind this whole situation.

“I want to explore where things go with my ex. Our relationship ended because of distance and bad timing. I’m pretty positive my ex still has feelings for me, but has never expressed his feelings out of respect for my marriage.”

“WIBTA if I lie to my husband about having a miscarriage when in reality I’ll be getting an abortion? I plan to divorce him next year so I don’t want him to know that I didn’t want this baby and hurt him more.”

Redditors didn’t pull any punches in telling wifeindilemma87 that lying about an abortion was definitely not ok.

“Don’t lie. Have the abortion and get a divorce.” –purplegirl1511

“Yeah this is pretty cut and dry you are wasting everyones time and potentially setting zoe up to have a horrible childhood if you stay in this mess.” –Pancake_on_Toast

“YTA you need to address the problems in your relationship, if you don’t want to be with your husband what you’re doing now will only make the inevitable far harder, tell your husband how you feel and get the damn abortion without the sneaking, secrets or lies.” –Cloaked_Evil

“YWBTA. You need to be honest. Tell him you never got over the affair, you dont see a future with him and dont want his child. You’re aborting and give him the divorce papers. The one I feel sorry for is Zoe poor girl is about to lose the only mother shes ever known and none of it was her fault.” –mezlabor

“YWBTA. But only for possibly lying about having a miscarriage. Having a baby is a decision that involves two people, and if you’re not happy with it, you are under no obligation to carry the baby to term. I know it’s a difficult conversation to have but if you don’t and you decide to lie about it, you’ll be carrying that guilt with you for the rest of your life. Be upfront about how you feel and accept that you probably have to deal with an emotional response. Don’t take the short term easy way out and lie, it’ll come back to bite you in the *ss eventually.” –tasty_knoppers

Some pointed out that the draw toward something that may or may not happen with her ex was also problematic.

“YTA. Feel free to leave him. Feel free to abort. But be honest about it. You also seem to be putting a lot of stock in a giant maybe/fantasy with your ex, who you haven’t had to live with in over a decade. Make sure you’re doing this for you, and not for him.” –millargeo

“Jesus H Christ get thee to therapy, like, yesterday. This is a lot of baggage. I would HIGHLY RECOMMEND not lying to your husband about getting an abortion. Abortion is ultimately your choice, but that would be a shitty thing to do. So yes, YWBTA.” –0000udeis0000

“Returning to your ex after 12 years trying to rekindle something that was, then sounds incredibly risky and naive. you might be idealizing the situation as an escape from reality.” –Prancer4rmHalo

The general consensus among Redditors was that having an abortion or not was her choice, but lying to her husband about it was definitely not acceptable.

Lying to him would only hurt him more, rather than saving him from the pain like she wanted.

Honesty is the best policy, and proper communication earlier might have saved their marriage and prevented this dilemma in the first place.

The book Experiments in Honesty: Meditations on Love, Fear and the Honest to God Naked Truth is available here.