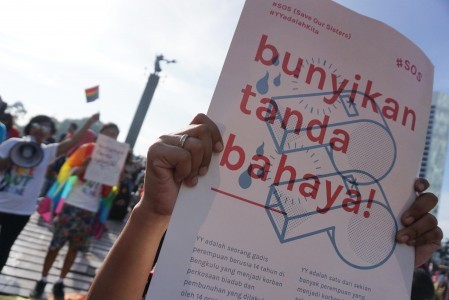 Wonogiri Regent Joko “Jekek” Sutopo has demanded a proper criminal investigation after six alleged rapists reportedly resolved their offense through compensating their victim with Rp 7.5 million (US$533.80) each.

The 16-year-old victim became pregnant after the attack. The case, however, went under the radar as the village chief mediated the case instead of reporting it to the police.

“Whatever the reason is, this is unjust. It’s a criminal case, we cannot solve it through mediation only. Compensating the victim is allowed, but we still have to process this matter legally,” Jekek said on Monday.