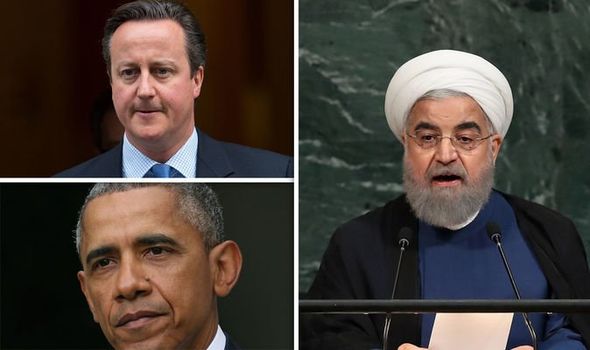 World War 3: Iran's warning of 'unfinished war' with US and UK exposed

Iran made a chilling warning at a time when Britain appeared to have improved relations with Tehran. Then Prime Minister, David Cameron, met with Iranian President Hassan Rouhani at 2014's UN General Assembly. The meeting was the first encounter between an Iranian president and a British leader since the 1979 Islamic revolution, which secured Iran its status as an independent republic.